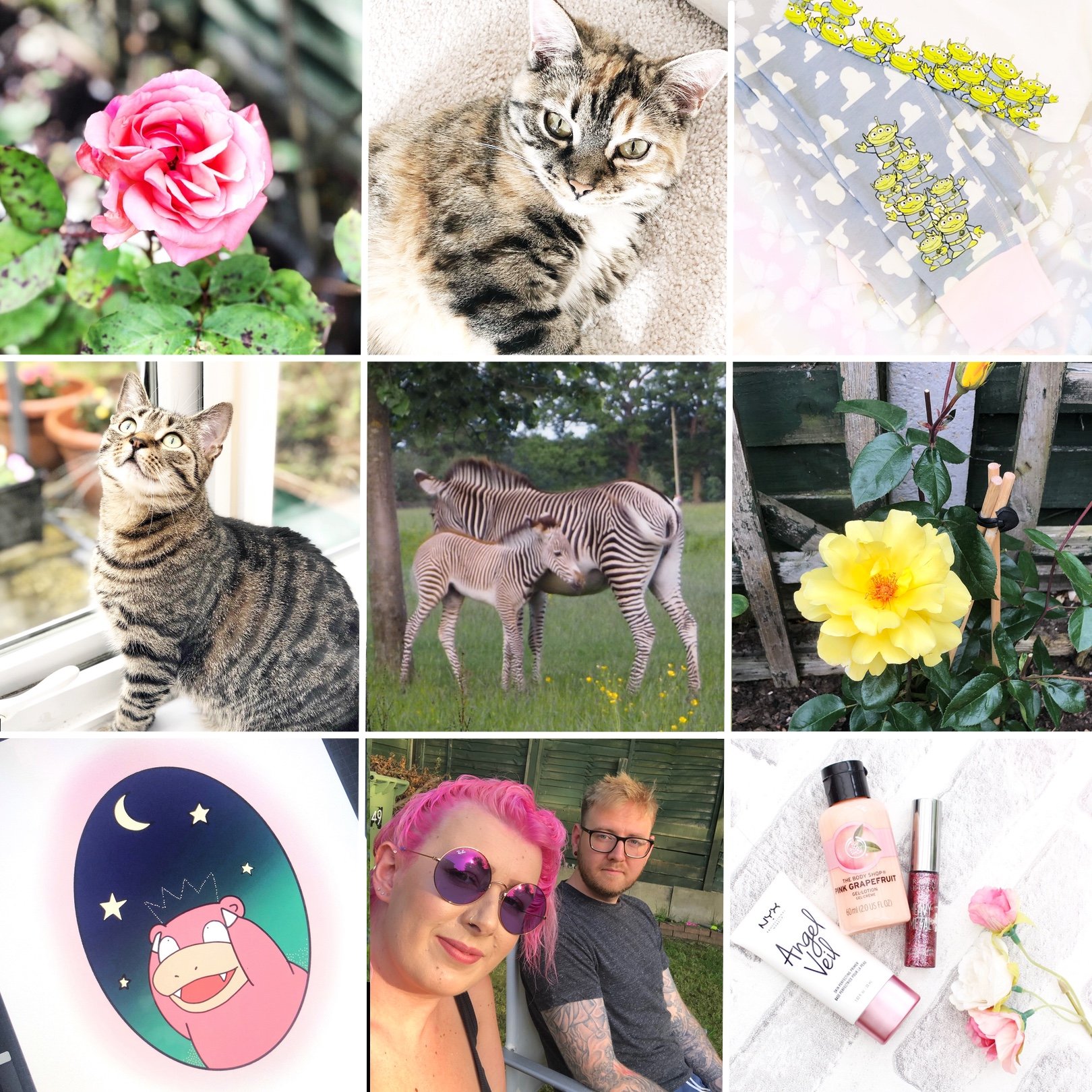 How on earth is it July? I can’t even remember June AT ALL! Like seriously, it whizzed. It was definitely the quickest month of the year so far. I actually struggled to remember what I got up to it flew past so quickly.

I seem to have got really into gardening over the past month or so. When we moved into our house, the garden was beautiful with so many pretty flowers, but with me and Lewis not having a clue we just left them so they didn’t really come back. I have been really determined to get it colourful again this year and with roses being my favourite there are a few of those floating around. We found this yellow rose at the weekend after I have been searching for ages and it seems to be happy as there are a good few buds.

Misty and Meowth have been their cute little selves as usual. Some idiot decided to call Misty ugly over on Twitter and I could feel the rage boiling but I decided the block button was the best course of action before I said something I shouldn’t have. Nobody starts on my children!

I picked up the cutest Alien pyjamas from Primark. I haven’t managed to see Toy Story 4 yet, but it is on my list to hopefully go soon. I think these might actually be my favourite PJs now, if I could get away with wearing them in the day, I totally would.

We went to an event at the zoo with some friends which was lovely. Whipsnade hold a sunset safari every year and the zoo is open from 6-10pm so you get to see how the animals behave at sunset. It was so lovely and something Whipsnade should definitely try and do more than once a year.

I’ve still been doodling away, just not as much as I would have liked. I did manage to whip up this little Slowpoke though, he’s dreaming of being a Slowking so I made him a little starry crown.

June was also the month that me and Lewis have been in our home for 2 years! I can’t believe how quickly the time has flown. I still love our house just as much as I did when we first moved in which I think is why time has gone so quickly!

Well, that was my June in a nutshell. As much as it whizzed, I feel like I actually did quite a lot too! ❤

Get in touch:
t[email protected]
.com