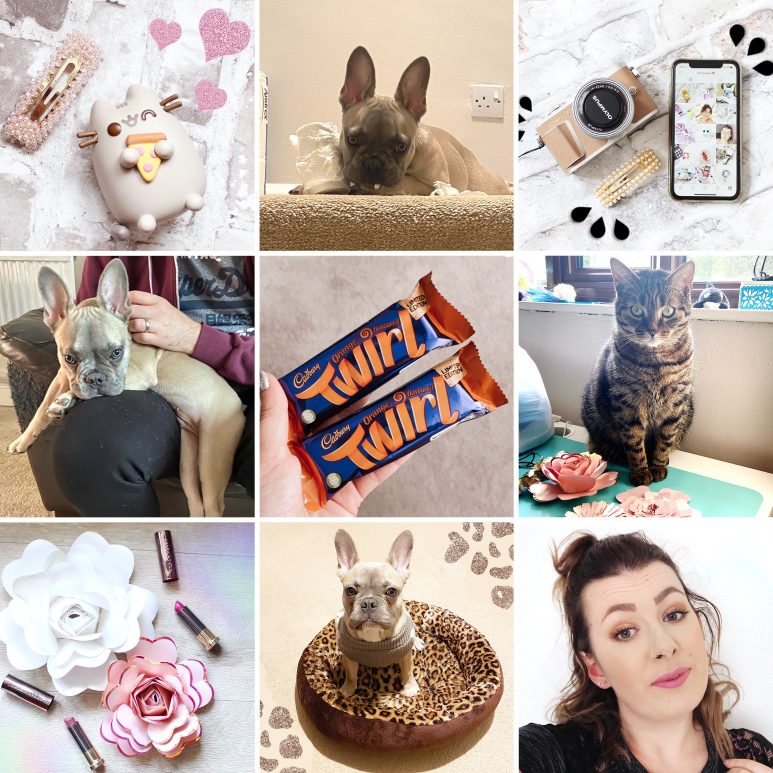 Happy October! I hope you are all okay and looking after yourselves in this strange time…still. Some days are so much harder than others aren’t they?! But we all just need to try our best and get through. A couple of nice things happened in September though which was totally needed.

Frank is getting so much bigger now. He has put on such a growth spurt in the last few weeks. He has such a little character to him too. Honestly, if you saw me chasing him around the garden in the rain the other day, it was like a comedy sketch. Every day is just so entertaining with him and I am so lucky to have him for cuddles too, especially these last few weeks when I have needed them a lot.

The paper flower game is still going strong. I want to make some more Autumnal varieties, so need to pick up some darker coloured paper as I only seem to have pink or cream. My favourites! Meowth just loves knocking them off the table too which is nice and not annoying at all.

I found Orange Twirls again. I was obsessed with them last year. I know some people were a bit underwhelmed with them but I LOVED them. It’s funny as I cannot stand normal Twirls, but make them Orange and I am there!

I have started changing up my Instagram style a little lately too and it has made me love creating so much more. Little doodles here and there and just playing around with colours is making me so inspired. I am such a creative person anyway and am having so much fun showing this side of me more.

I started to venture out a little more in September too. I have stayed in pretty much all the time, but I got to the point I needed to get out the house. I still take Frank for walks everyday anyway, but I have been to a few shops late at night now which has been so nice and that little bit of normality that I was craving.

I hope October is a nice month. I don’t think I could really deal with another rubbish one. I am thinking of doing a cute little Halloween Party (for me and Lewis lol) and practising cute little spooky bakes. But with my baking record, I am not too sure how successful that would be. ❤