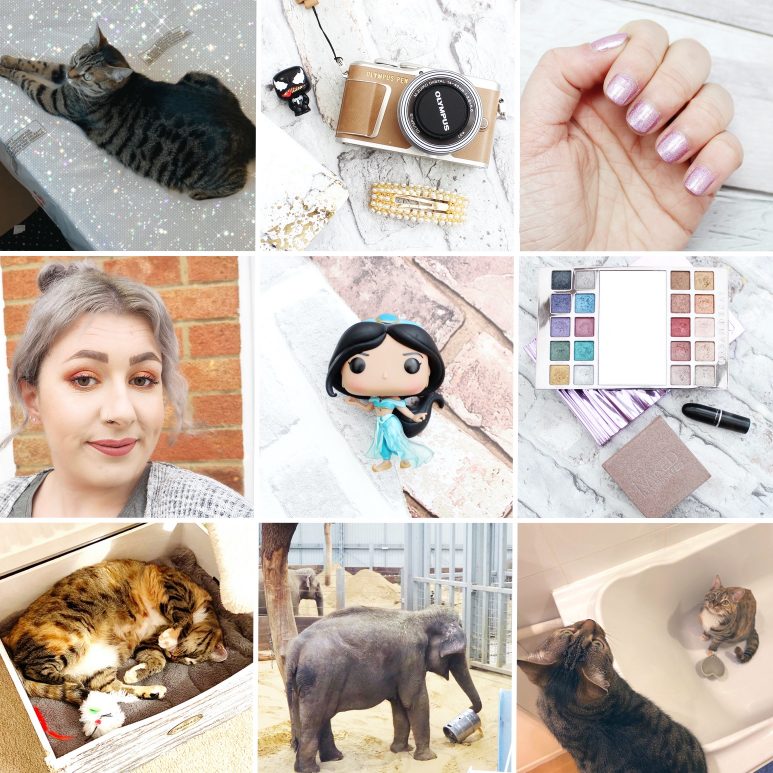 Yayyyyy, January is finally over! What felt like the longest and poorest month has finally come to an end. Not that I actually think I will be any better off this month, but at least it is the end of the dreaded January feeling. Hopefully this means the blues go away with it too. I’m not a massive fan of January, can you tell? I had a pretty chilled month overall, it mainly consisted of finishing off all the Christmas goodies and moaning the diet will start tomorrow ha, so there isn’t really anything amazing to report. A few cute little things did happen though..

We finally got a new mattress, after months of waking up moaning about a body part hurting and it is HEAVEN! Not that that is the most exciting piece of info ever, but it made my month! Meowth is a huge fan too.

I started blogging to a bit of a better schedule and I am really pleased with myself. Hopefully I just manage to keep it up now. I started my makeup series that I have wanted to do for ages too! Hopefully, you are all enjoying it.

I watched the new live action Aladdin film and didn’t actually hate it. I went in not knowing what to expect, but I was pleasantly surprised. I still won’t watch The Lion King though.

We went to the zoo, which was lovely but blooming freezing. So much so, a lot of the animals were inside and I can’t say I blamed them. It was such a lovely day out with the family though.

The cats were there cute little selves and really helped me through the miserable month. I really struggle with January and this one was definitely one of the worst. Not to say my feelings suddenly change now it’s February, but I am one step closer to the clocks changing and hopefully everything starting to get a little brighter again.

I hope you all have an amazing February! Full of love and pancakes. Did any of you manage to get up to anything fun in January? ❤