As soon as Pop in a Box announced their Spirit Mufasa exclusive Funko Pop, I knew I needed to have him in my collection. I preordered him as soon as I could and then in all honesty, I completely forgot about ordering him until he arrived just before Christmas. I was so happy they finally made a Mufasa Funko Pop earlier last year, so when I saw there was another version of him being released I was so pleased. Mufasa is my favourite character and every single time I watch The Lion King, I hope for a different ending but it never happens! 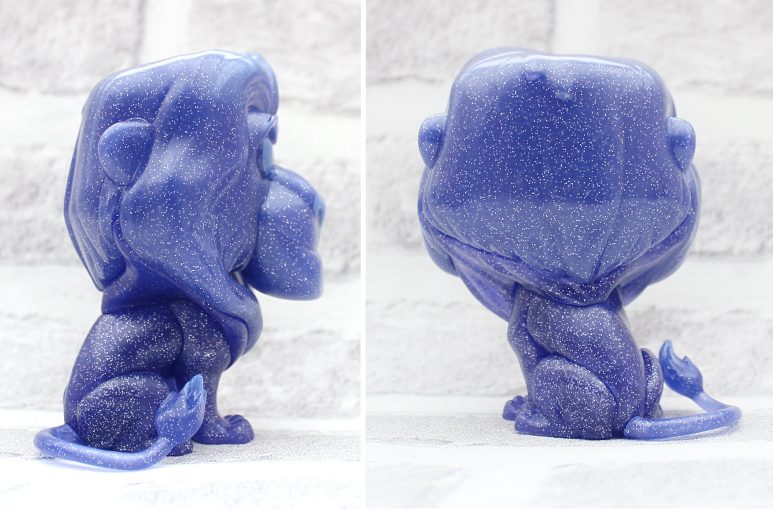 Spirit Mufasa is such a simple but beautiful pop. He is the same mould as the original Mufasa Pop, which is perfect so I am glad they never changed it. His position and everything is just spot on. This version is navy in colour with silver glitter running through, to represent the night sky and the stars. I just absolutely love him.

There has never been a time that I have been able to watch The Lion King without blubbing my way through. I absolutely love the film, it is easily in my Top 5, but I just find it so sad. Not only do I become a mess when Mufasa dies, I start off again when Simba gets to talk to his spirit under the stars. Things like this really get to me, so even though I have seen the film 1 billion times and know it is coming, I can’t help but well up. They managed to capture this moment so well as a Pop, he really is perfect.

Since my last Mufasa post, I still haven’t seen the live action version of The Lion King, I have heard so many mixed things about it, I just still don’t know if I can do it! ❤